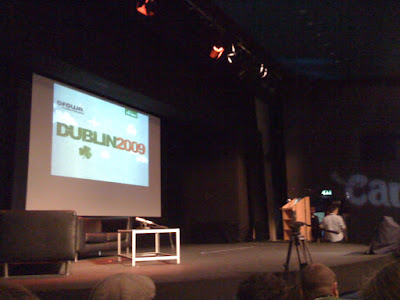 I think there are 2 letters to sum up this event: OK. Content-wise, it was between OK and great. The organization of the event was terrible, though: The venue was too tight and crowded, the registration consisted of being pushed toward two registration tables, being handed an empty badge and the moving across the room - through the crowd - to get a pen and write your name and company on your own badge. Annoying. Then: No free coffee. No free water. 2 euros for a small cup of coffee at a very crowded bar. What about WiFi? They used a home router which you could never get on and if you every managed to get on it, it was so slow that sucking a steak in through a straw would seen easy, fast and enjoyable. So I was basically offline all day at a conference called "The Future of Web Apps". Not good. Oh, and no swag either! 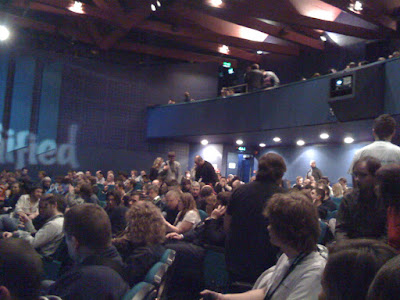 So now that I got that off of my chest, what about the sessions? I'll make this very short and quick:
Oh, and Microsoft was there too with a Surface thingy. Pretty cool: 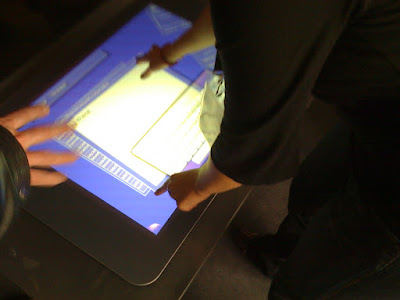 So all in all it was a good conference. I'd attend again but only if there'll be free coffee.

Wow - thanks for the compliment, glad you enjoyed it!